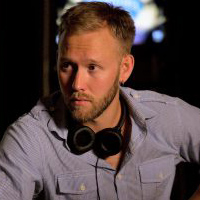 Congratulations on the BravoFACT grant that you received for your film Platypus! Can you tell us about the film?

Thank you! Platypus is a fictional short film following Jensen Murphy (wonderfully brought to life by Nancy Sorel). Jensen, the world’s premier Human Taxidermist, struggles to find human connection as she straddles the world of the living and the dead. The film was written by Joshua Benoit and Chaz Beaudette, and produced by Jessica Gibson and Chaz Beaudette.

You have been involved in creating a number of films. What was your inspiration to be a filmmaker and has being an actor influenced you as a director/producer?

As a teenager I made videos with my friends in Gimli, basically emulating the CKY skateboarding videos of the early 2000s. It taught me how to create, from both sides of the camera. Being an actor has a big influence on how I direct. I find a lot of directors are sort of afraid of actors and of giving direction. Being an actor has given me a lot of confidence and ability in working with other actors.

Who is a filmmaker that you admire, and why?

Danishka Esterhazy. She makes the movies that she wants to make, seemingly without compromise. They’re dark and stylish and her voice shines through. I’ve worked with her as an actor a few times, and she’s very caring, clear and confident.

Who is an actor that you admire, and why?

Darcy Fehr. I saw him on stage a few years ago in a production of “Who’s Afraid of Virginia Woolf”, and it was the best acting I’ve seen. I’ve trained under him (as many have), and he is generous in sharing his knowledge with others who want to act. He’s humble, hardworking, sensitive and talented.

When did you become an ACTRA member, and what was your first union gig?

My first union gig was on the feature film “Radius”, and I believe I became an ACTRA member around that same time.

How has being a member of ACTRA benefited you?

You can go into a production as an actor, and be confident that the union has your back. From a filmmaker standpoint, programs like the Member Initiated Projects help us all create our own work.

What does it mean to you to be a Canadian artist, telling Canadian stories?

I’m grateful to be Canadian, and I feel like I have the power to tell any story, about any subject matter I choose. I believe the Prairies in particular produce some of the strongest filmmakers and artists in North America. Places like the Winnipeg Film Group and unions such as ACTRA have really nurtured a lot of great Canadian artists.

Do you have any advice for other actors out there who are interested in creating their own projects?

As important as grants for artist are, I don’t think you can always afford to wait on somebody to give you money. There’s a number of reasons why a project may or may not receive funding, many of which are irrelevant to the quality of the project. I say just make the stuff. Find like-minded crew and actors who are willing to help you make your project, keeping in mind that it is a pretty big thing to ask sometimes. Help each other out. Make good work, and make everybody else play up to that level of quality.